Is molecular gastronomy a culinary movement? 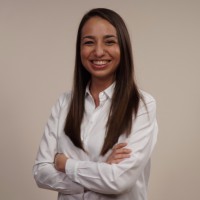 ‘Molecular gastronomy’ is a term now prevalent in the hospitality and tourism industry, though not generally accepted. The term is often misunderstood by many gastronomic enthusiasts, and even refused by some of the most talented chefs worldwide. The question arises of whether it applies to a new culinary movement.

What do chefs have to say about molecular gastronomy?

Molecular gastronomy is often used to designate “the study of how food changes when it cooks.” But it has been rejected by the likes of Heston Blumenthal, chef of the famous Fat Duck Restaurant and portrayed by many as a visionary in the field. In a statement published with other chefs, Blumenthal declares that “molecular gastronomy” is a "fashionable term" that "does not describe our cooking, or indeed any style of cooking". According to Blumenthal, molecular cuisine is dead. Indeed, if he had his way it would never have been born in the first place. He thinks the term creates artificial barriers. 'Molecular makes it sound complicated,' he says. 'And gastronomy makes it sound elitist.' Blumenthal is simply using new tools to cook traditional dishes, such as treacle tart and fish and chips, in addition to experimental dishes including snail porridge and crab ice cream.

However, a new term for this approach to cooking has not received widespread consensus and chefs are looking for a label that describes what it is that they actually do. In order to move away from the contested term 'molecular,' Ferran Adrià applied the term “techno-emotional,” conceived by Pau Arenós, a Catalan journalist. A number of chefs, desperate for a description of their cooking style, adopted the new term, but the majority of the food-writing community met it with derision. Now Adrià uses 'scientific gastronomy' to describe his approach. Harold McGee, food writer for The New York Times, argues for simple ‘gastronomy’ as “all cooking involves scientific processes.”

As we see, chefs experimenting on how food changes through cooking, are at odds in coming up with a single, consensual term, consistently applied throughout the industry to define what they are doing. How can ‘molecular gastronomy’ be considered a culinary movement when those within the establishment cannot agree on the exact phrasing?

What does culinary movement imply?

A paper published in 2010 by Dr. Marc Stierand, professor of Service Management at Ecole hôtelière de Lausanne, and co-authored by John Cousins and Kevin O’Gorman ("Molecular gastronomy: cuisine innovation or modern day alchemy?", International Journal of Contemporary Hospitality Management, Vol. 22 Iss: 3, pp.399 – 415), shed definite light on how to tackle the puzzle. In their study crossing five countries, the authors looked at the original intention of ‘molecular gastronomy’ and analyzed the evolution of the term. They identified the four key elements that characterize the development of lasting cuisine movements and trends:

These four elements were clearly present in the development of, for example, the “nouvelle cuisine”. Does molecular gastronomy provide any real basis to currently be considered as a culinary movement? The simple answer is no:

“Having been a chef myself and researched many chefs all over the globe, it is clear to me that molecular gastronomy has not become a culinary movement. Boiling an egg is fundamentally molecular and we do it since thousands of years. Avant-garde cuisine would be a much better term to use since chefs like Adria and Blumenthal are driven by a desire to push the boundaries of what is accepted. Much of what these chefs do will never appear on our plates at home. But, nouvelle cuisine dishes such as Troisgros’ salmon with sorrel cream sauce did and do.” explains Dr. Marc Stierand.

Even though “molecular gastronomy” is not a culinary movement, the spread of the term cannot be ignored. Clarification on exactly what it is and what it encompasses is necessary to avoid confusion among leading chefs, food enthusiasts and the food-writing community throughout the world.

Got a story to share? Become an EHL Insights contributor

What is Slow Tourism? The next big hospitality trend

Hospitality in Healthcare: human touch and other industry parallels